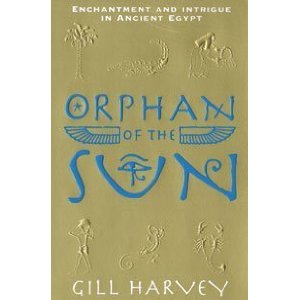 This book has taught me one important thing about writing: don’t get caught up with the main conflict. I had read the first few chapters with much interest due to the exciting conflict and problems that appeared from the beginning. However, the plot soon began to lose pace in the middle part and although the main character tried to solve the conflict, the plot did not advance, nothing was solved and no mysteries were added. I soon got bored and the temptation to read the end first and get the book over with was overpowering. In the end, I did read the end first and reluctantly read the middle parts later. Usually, if one reads the end before reading the middle, one finds that the end is incomprehensible and therefore reads the middle eagerly. However, in this book, the end was very understandable and I felt no need to finish the book properly.

Meryt-Re is an orphan who lives under the care of her uncle. She only survives the taunts of her cousin and nagging of her grandmother and uncle with the help of her aunt. But she is wanted no longer in the house, and when a marriage proposal comes from a wealthy but unkind stonemason, her uncle is eager to let her go. She begs for time and her uncle grudgingly allows for her to stay a little longer, but when her cousin falls ill her uncle accuses her of cursing his son and throws her out. She’s running out of time and mysterious dreams keep appearing. It’s not until she meets the wise-woman that she finds out her role in a mysterious and sinister plot…

Despite the lack of excitement, this book was fun in its own way so I give it 7 stars and recommend it for ages 9+, since its such an easy book.

Join 284 other followers
Follow The Empty Notebook on WordPress.com