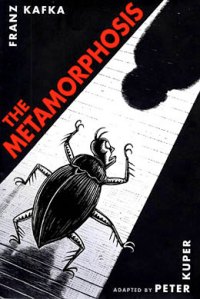 I’ve heard much praise about this book. I’ve heard so many celebrities say that this is a ‘must read’. Now I think that they said that this was the book that had ‘the biggest impact on them’ because it was the only classic they could remember the name of.

When Gregor Samsa wakes up in his room as a huge insect, he doesn’t know what to do. He soon makes up his mind to go to work, but finds that impossible to do. When his family sees him, they panic and regard him with disgust. So he spends his days locked up in his room. But until when?

As said before, I do appreciate how Kafka broadens perspectives but as to revelations…. none. Still, I enjoyed the basic plot so I give it 8 stars and recommend it to ages 14+.

Join 284 other subscribers
Follow The Empty Notebook on WordPress.com